Why Apple Needs To Adapt To Progressive Web Technologies

An interesting study by Statista.com highlights how important it is for businesses, across industries, to penetrate the mobile market. It states that the percentage of users accessing the internet on mobile is expected to touch 61.2% by 2018 – and guess what? We are already moving towards the mid of 2017!

So those of you who haven’t really given “mobile” much thought till now must do so and create an app that is able to reach your customers through this medium. But, wait a second – while there are 2.6 million Android apps as of December 2016, the iOS mobile apps amount to 2.2 million as of January 2017.

To think it will be easy to conquer this medium is a BIG joke! The mobile spectrum is saturated and in this age and time, it is a challenge for apps to make it to the top 25 charts on App Stores. So, what do you do?

PWA stands for Progressive Web App that allows the user to access a website on mobile through any browser – just like a conventional website. Google defines them as “user experiences” which have the reach of the internet and offer functionalities of an original mobile app.

PWAs have a better loading experience, include silky smooth animations (such as lazy loading), function offline and are discoverable by engines. Simply put, the mobile site converts into a data storehouse (PWA) that stores all the user-interaction information – like how it gets saved on native apps, and businesses use that information to create personalized campaigns to engage and convert the users on their next visit.

A 2015 ComScore report stated that top 1,000 mobile web properties have an audience which is 1.5 times more than that the top 1,000 mobile apps. Moreover, consumers have become resistant towards downloading native apps on their mobile phones. The current scenario obviously presents a huge opportunity for PWAs to grow and conquer the mobile market.

Also read: Why You Must Convert Your Business Mobile Site Into A Progressive Web App (PWA)

Brands that have applied the PWA strategy

Progressive web technologies allow apps that are full-featured and fast; and we have some great examples to prove that to you. To provide a seamless user experience to their customers, brands such as Airberlin, Flipkart and Inc42 have already implemented this technology.

Flipkart witnessed a 70% rise in conversions by introducing Flipkart Lite.

Similarly, Airberlin became the first airline in the world to develop a PWA – and it allows its passengers to access their boarding pass and travel info at any time and from anywhere without an internet connection – after a one-time web check-in.

OK – now that you have read about some fancy examples of PWA, this piece of information does come as a shocker, isn’t it? Turns out – any strategy that’s based solely on PWAs will miss out on its iOS user base.

To explain things better: A server worker is a script that the browser runs in the background. It is separate from a web page and allows features (such as push notifications and background sync) to run that don’t need a web page or user interaction.

Browsers Chrome and Opera fully support all features of Progressive Web Apps. Firefox is nearly there; it needs to add a couple of more features to have the same standing as the first two browsers. Windows Edge, on the other hand, is still working on implementing this technology.

But Apple’s browser, Safari, doesn’t have the necessary technology to support PWAs. In the case of Apple, push notifications, service workers, offline functionality, and A2HS are major Progressive Web App features that are not supported yet.

According to the WebKit project, service workers remain “under consideration” on iOS and as of now, it is too dangerous (and early) to predict what Apple will implement in the future. But we don’t think so. Just read about the following two brands, and you’ll understand what we’re trying to say.

It is believed that PWAs will give a better experience to the users on iOS – even without the presence of all the major features.

Yup – and when the eCommerce giant like AliExpress implemented it on iOS, it saw increased conversion rates by 104%, and the total time spent by users across all browsers also boosted by 82%.

The user engagement of The Washington Post increased by 5 times – which is killer! – with the help of PWA technology on iOS. In this case, lazy loading made it so much easier for the publication to keep the users engaged.

You can read all about it here.

Create your very own PWA with Wigzo

Since Apple’s USP is “excellent user experience” and it has almost never given Android the upper hand in providing the best UX experience to its users, it will only be a matter of time, till Apple gets on the PWA bandwagon.

And as push notifications form an integral part of PWAs, it is important to get in touch with Wigzo to implement it quickly. The push strategy makes use of machine learning to understand the interaction between the visitors and website.

This enables the marketers to create 360 degree profile of users which are further used to create progressive marketing campaigns – personalized to the hilt – and designed to bring more conversions.

Thankfully, Wigzo helps businesses to turn their mobile sites into PWAs in just a few steps – and under 5 minutes. Have a read. 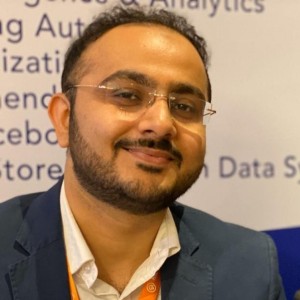 Atyab is the Chief Product Officer at Wigzo. A Professional from IIT Delhi, India. He has worked for creating products for companies like Canon. You might find him singing loudly during late hours in his office, which he calls an "Idea Generation Catalyst".

For most e-commerce companies implementing email automation, the average conversion rate is 77%. It’s significant potential for all e-commerce businesses

Shopify Collections – What Are These and How To Increase Collection Sales

Consumers are more concerned with the ease of finding what they’re searching for than with aesthetics. According to 76 percent

Are you having trouble keeping customers on your checkout page? You’ll need checkout page optimization if that’s the case! E-commerce

Wigzo is the only customer experience solution offering automation, personalization, analytics and adverts specialized for E-commerce.